Researchers around the globe are starting to take notice of the effects of whey protein on health and athletic performance. Another protein supplementation study presented at the American College of Sports Medicine’s 50th annual meeting in San Francisco, California featured the performance enhancing benefits of whey. 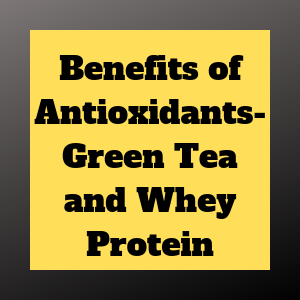 All Proteins Are Not The Same

These findings demonstrate that all proteins are not the same in terms of what they contribute to health and muscle growth. Unlike other proteins, high quality whey enhances the body’s antioxidant capacity and improves athletic performance.

Deterioration of cognition in the elderly is thought to be caused by the life-long accumulation of oxidants or free radicals that cause injury to the brain. Recently, the results of a 20-year long study on antioxidant supplementation at the Harvard School of Public Health have been published.

The results indicate that supplementation with vitamin E may delay or even prevent the cognitive decline that associated with aging.

The study involved questionnaire responses from nurses employed at the health centre on the use of two common anti-oxidant supplements, vitamin C and E. Mental capacity testing between 1995 and 2000 showed superior cognition performance in users of vitamin E but not vitamin C.

The researchers concluded that vitamin E supplementation may have protective benefit against the decline in mental capacity as we age. So keep taking your E while you can still remember!

Green tea’s ability to fight cancer and provide other health benefits is even more potent than scientists initially suspected. A group of researchers have recently discovered that a component in green tea can shut down one of the key molecules in our DNA thought to trigger cancer.

Green tea has been linked for some time to strong anti-cancer effects as well as other purported abilities such as preventing rheumatoid arthritis, lowering cholesterol, and fat loss but scientists still do not know how the substance provides these benefits.

Initially, it was presumed that green tea’s antioxidants prevented free radical damage in cells. However, a research team at Rochester’s Environmental Health Science Center, have discovered that green tea’s health benefits may be achieved via an even more potent mechanism.

Compounds such as tobacco smoke and other environmental pollutants manipulate molecules in our DNA that *switch on* cancerous mutations. Green tea contains compounds called epigallocatechingallate (EGCG) and epigallocatechin (EGC) that bind to the aryl hydrocarbon (AH) receptor on these cancerous mutations. Thus inhibiting proliferation and essentially stopping cancer dead in its tracks.

EGCG and EGC are Flavonoids

The EGCG and EGC are flavonoids similar to that found in broccoli, cabbage, grapes and red wine. These chemicals were shown to shut down the AH receptor in cancerous mouse cells, and early results indicate the same is true in human cells as well.

The AH-inhibiting effects of green tea become evident when EGCG and EGC reach levels typical of those found in a cup of green tea. This could help explain why some survey studies show that people who drink green tea are less likely to develop cancer.

Drinking green tea on a regular basis may well be the most effective (and economical) safeguard against one of the biggest killers known to man.