A study that recently compared fat utilization after performing low and high intensity cardio exercise has revealed that in the hours following the workout, intense exercise causes more effective utilization of dietary fat.

Most research on losing weight is performed using obese individuals and the findings have little relevance to lean, healthy athletes. In this study, the researchers chose to examine normal weight, moderately active subjects to establish the effect of exercise intensity on fat oxidation (fat burning). 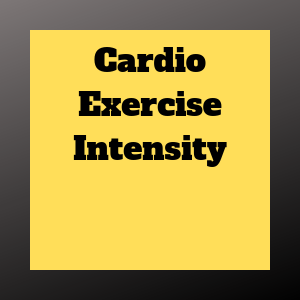 Tracers of two of the most common fatty acids in the U.S. diet, oleate and palmitate, were used to analyze dietary fat oxidation.

Seven female subjects (age 26yrs) were required to visit the lab on three occasions for assessment. The participants performed bouts of low and high intensity exercise on a stationary cycle as well as a “no exercise” session to determine baseline values.

Results showed that utilization of oleate was significantly greater for up to 11 hours after performing heavy exercise (49%) compared to both the light exercise (39%) and the rest trials (34%).

The results illustrate that the exercise intensity level a person performs at has a tremendous impact on fat utilization and therefore, fat loss. Can everyone say high intensity cardio?

If you’re wondering about the best way to lose body fat, the results are clear. High intensity cardio exercise burns more fat than low intensity exercise. Gym instructors should share this information with the cappuccino crowd that waste hours pedaling leisurely away on their recumbent cycles while reading their Mills and Boon novels. Somehow, I don’t think they’ll listen.

Drinking a cup of coffee before exercise could help increase the amount of fat utilized during the activity, say researchers in Australia.

The team at the Australian Institute of Sport in Canberra also found that athletes who consumed a small dose of caffeine before exercise (approx 200miligrams) could continue to exercise at a high capacity for up to 30% longer than those who had not taken the stimulant.

The caffeine supplement enabled the athletes to perform up to 3.5% beyond their normal capacity in a series of performance tests.

The researchers suggested that substances in caffeine triggered the muscles to use fat to fuel exercise instead of the usual carbohydrate stores, thus enabling better endurance performance.

In other tests the researchers found that drinking a cola drink or coffee helped cyclists keep going longer than those who were given caffeine-free beverages. The athletes in this study were low caffeine consumers – 1 or 2 cups of coffee a day.