There is little doubt that obesity in the United States has already reached epidemic proportions and each year obesity-related pathologies cost the US billions of dollars. Many scientists and doctors know the high rate of obesity is due to inactivity. If you’re concerned about becoming overweight, research suggests the best way to prevent this is to get a job that keeps you active.

Losing Weight With An Active Job

Results from a recent study performed at the University of Tennessee discovered that occupations with high activity levels dramatically decrease the likelihood of becoming overweight. 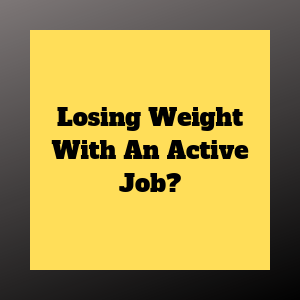 Taking Up A Physically Active Occupation

The scientists suggested that people who did not engage in any cardio exercise or irregular exercise can virtually eliminate the likelihood of becoming overweight by taking up a physically active occupation.

Another interesting finding from this research was that the likelihood of becoming obese was similar between sedentary individuals and those who exercised less than five times per week. Over 70 percent of jobs in the US are sedentary occupations. Therefore, these findings only make daily exercise even more important to maintain health throughout life.

The Research is Clear, Fat Kids Do Become Fat Adults

Obesity is a multifactorial disorder with various underlying causes including genetic, behavioral, environmental and cultural influences. However, the results of several recent studies that have tracked people from childhood to adulthood suggest that early life factors are most important in determining obesity later in life.

This research identified the periods during childhood that are critical in determining the likelihood of obesity; the prenatal period, 5-7 years of age, and puberty. The more body fat humans carry at these stages in life, the higher the likelihood of becoming an obese adult.

Data gathered from 3659 men and women in a birth cohort study in Finland revealed that people with high birth weights are at an increased risk of becoming overweight in adult life. Likewise, a high body mass index in childhood was associated with increased risk of obesity later in life. Interestingly, these correlations appeared to be stronger among men than women.

These results demonstrate that becoming overweight starts early in life and they emphasize the importance of early preventive measures in the lifestyles of our children. Sedentary activities like TV, video games now rule most kid’s leisure time. Preventing a worldwide epidemic of future fat adults may simply be a matter of switching off the television right now and re-introducing physical activity to our children. Participating in all kinds of sports is the way to make physical activity fun.

Article Name
Losing Weight With An Active Job
Description
If you're concerned about becoming overweight, research suggests the best way to prevent this is to get a job that keeps you active.
Author
Charles Damiano
Publisher Name
Flat Iron Body
Publisher Logo